New York laws for DWI/DUI are very strict, so it’s important to consult with a defense attorney near Mineola immediately following an arrest. Simply by driving a vehicle in New York, someone consents to taking a chemical breath or blood test if an officer has probable cause of drunk driving. Refusal to take such a test can result in a minimum license revocation for one year and separate fees owed to the Department of Motor Vehicles. Furthermore, a refusal to submit to the chemical test in almost all cases prohibits a motorist from obtaining a restricted use or conditional driving privilege.

Anyone charged with DWI in New York will have his or her license suspended pending prosecution. Meaning, even before conviction this person will lose his or her right to drive. However, a defense attorney can argue on behalf of the driver to secure an order for a hardship license. This would allow the driver to drive to work if hardship is present. Additionally, someone charged with DWI may be able to secure a conditional license from the DMV within 30 days following the arraignment. This would allow someone to drive to and from work as well as during a three-hour block for grocery shopping or other approved recreational activities.

New York has a strict zero-tolerance law for those under the age of 21 caught drunk driving. In fact, the legal limit for anyone under the age of 21 is 0.02%. Additionally, a driver of legal drinking age who was not intoxicated, but whose consumption of alcohol impairs his or her ability to drive can be charged with Driving While Ability Impaired. If a driver does have a BAC of 0.08% or higher, then he or she can be charged with DWI per se. This results in fines up to $1,000 and a jail sentence up to one year.

Common DWI penalties include fines, jail time and license suspension. But, a DWI conviction can also result in required attendance of an alcohol and controlled substance education course. The driver may also have to complete a series of instruction videos at the DMV that explain risks associated with drunk driving and how to avoid similar situations in the future. 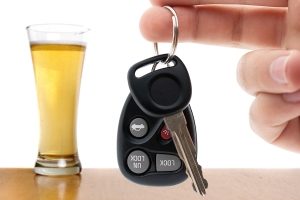