A big change could be coming in the field of law enforcement and the manner in which they can detect drivers under the influence of marijuana. In New York that is a violation of Vehicle and Traffic Law 1192.4 or 1192.4(a) if combined with another controlled substance or alcohol. Each crime is an unclassified misdemeanor and can carry a jail sentence up to 1 year and a revoked license. Until now there has never been a way to test someone’s breath to detect marijuana, such as the way it is done with driving while intoxicated by alcohol. That is potential until now.

According to a recent report, a retired Canadian law enforcement officer, and two doctors, one from the United States, have begun to develop the technology for the “Cannabix Breathalyzer” (patent pending). This would give law enforcement immediate results to determine if someone is under the influence of marijuana. As of today, the most widely used tests available to law enforcement are urine and blood tests that do not give immediate results and at times do not produce reliable quantitative levels to determine when the marijuana was ingested.

Such technology could have a serious impact on the way law enforcement prosecutes these crimes and the way they are defended by criminal lawyers. The Long Island criminal defense attorneys at Schalk, Ciaccio & Kahn are all former prosecutors thoroughly familiar with the current technologies used to enforce driving while intoxicated (DWI) and driving under the influence of controlled substances offenses. We will continue to monitor developments such as this situation and update our readers through our website, blog and social media forums. 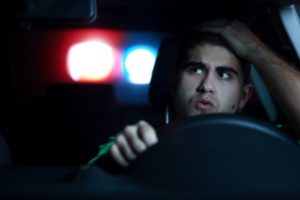