A radar detector is a device that alerts a driver when a police officer has an enabled radar detector in use in proximity to the driver (depending on the ability of the device). Newer units are capable of detecting signals in both the United States and Canada. Costs vary and range from around $35 to over $250, depending on specifications. While a device with this type of meaningful functionality seems like a bargain at under $50, complaints about lower-end models usually indicate false positive readings, typically from safety response vehicles like ambulances or fire-trucks (this means driving around with a detector going off and no radar gun nearby).

While radar detectors can identify nearby enabled radar guns, most will not read laser radars. Although laser shields exist, their legality is less clear. A radar detector simply alerts the driver that a nearby radar gun is enabled, while a laser shield or veil hides the vehicle from detection. This sounds more like interfering with police work than merely acknowledging that a radar gun is nearby, and should be used with heightened caution as a result.

If you have been given a ticket for possessing a radar detector or any other traffic violation, call the law firm of Schalk, Ciaccio, & Kahn, P.C. at 516-858-1266 for a consultation concerning your rights.

(*Note that this article is expressing an opinion as to the legality of radar detectors and is not providing legal advice. Readers should proceed accordingly.) 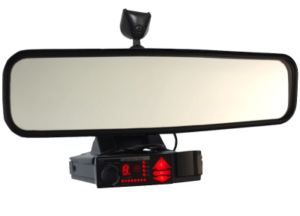