Due to the nature of violent crimes, individuals charged and subsequently convicted of them typically face severe penalties, such as mandated state prison sentences. There are many different types of violent crimes such as Assault, Robbery, and Burglary just to name a few. If you’ve been charged with a criminal offense, it’s imperative to work with an experienced attorney. Your Long Island criminal defense lawyer can help you learn what the charge means and which penalties you could be facing. For example, if you’ve been charged with a felony assault, it means that you’re suspected of causing serious physical injury to another person either intentionally or recklessly and a conviction for a felony assault can carry a maximum prison sentence of up to 25 years.

The most serious type of violent crime is a homicide, of which there are several forms. For example, you will require the help of a seasoned criminal trial attorney if you are charged with murder or manslaughter, which can carry possible sentences that range as high as life in prison. Those crimes are often best defended by defense attorneys who are former prosecutors experienced in all aspects of criminal investigations and court proceedings. Or, you might hire a criminal defense lawyer experienced in defending vehicular crimes if you’ve been charged with criminally negligent homicide or vehicular manslaughter, which is the unintentional killing of a person through negligent or reckless actions. These, of course, are the most serious charges that can be brought against someone and require skilled attorneys who can navigate you through all aspects of the criminal defense process. 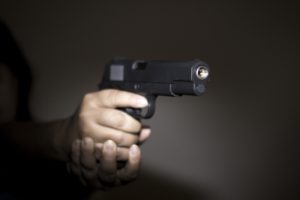