If an individual is pulled over for a DWI, New York law requires the driver to submit to a chemical test as a matter of “implied consent.” This means that by driving in New York, a driver consents to take this test if he or she is pulled over by an officer who has probable cause to believe that the driver is operating a motor vehicle under the influence of alcohol (DWI) or drugs (DUI). When most people consider the concept of “consent”, they imagine verbal authorization or a written signature.

These forms of consent are known as “express” consent. Consent can also be “implied” by the actor’s conduct itself, as is the case here. If the results of the initial test reveal Blood Alcohol Content (BAC) to be above .08% (the legal limit), the officer has the right to require an additional test. Not only is the DWI a chargeable offense, but the refusal can also result in a penalty. The first refusal offense carries a one-year license revocation while the second and third refusal offenses each carry a separate eighteen-month license revocation. In a sense, the refusal can be just as costly as the DWI.

The lawyers at Schalk, Ciaccio & Kahn have devised successful strategies to combat DWI charges in New York. While Breathalyzer results that are above the legal limit can appear damning, an experienced criminal defense lawyer can challenge the admissibility of the results in court under procedural or evidentiary rules. These machines can malfunction or yield false-positive readings as a result of poor maintenance, officer misuse, or improper calibration.

The prosecutor has the burden of proof to establish each element of every crime charged in a criminal proceeding. In order to introduce the results of a Breathalyzer, the People must “introduce evidence from which the Trier of fact could reasonably conclude that the testing device was in proper working order at the time the test was administered to the defendant. A defendant may attack the accuracy of test results by demonstrating either that the proper operating procedures were not followed or the machine was not operating properly.” People v. English, 103 AD2d 979, 480 N.Y.S.2d 56 (3d Dept. 1984).

In plain English, the results of the Breathalyzer are not automatically admissible in court – the People must first lay a proper foundation before the results can be introduced at trial. This is good news for defendants because the foundation can be attacked or discredited.

Criminal cases can often be complex and confusing. Knowing and understanding your rights is the first step in a long process to ensure that you have a strong legal defense. You can’t put a price on your freedom. If you have questions or concerns, call the lawyers at Schalk, Ciaccio & Kahn for a free consultation. 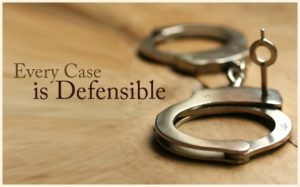 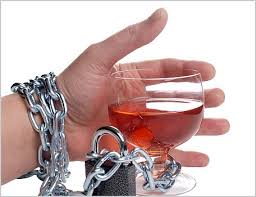