Last year, an African American man named Eric Garner was approached by law enforcement officers for allegedly selling illegal cigarettes. When confronted, the New Yorker placed his hands in the air in defiance and told the officers, not to touch him. The officers proceeded to arrest him. After Garner refused to cooperate, he was placed in a chokehold. Gasping for air, he told the officers, “I can’t breathe.” Shortly after, he lost consciousness and was pronounced dead at a nearby hospital.

This incident has troubled the nation as fears regarding excessive police force capture the attention of us all. Our previous article discussed the implications of Michael Brown’s death in Ferguson. A similar grand jury investigation commenced in this case after the public demanded justice for the now deceased Garner. After deliberations, the grand jury declined to indict the police officer who apparently choked Garner to death. Although similar occurrences have transpired in the past, there are several distinguishing characteristics that are the same in both Brown and Garner’s cases: a Caucasian officer uses lethal force against an unarmed African American, causing death. Many feel that a federal investigation is necessary to serve justice.

As a result of the nationwide publicity garnered by the Brown and Garner cases, a judge is considering the release of the grand jury minutes from the Garner investigation. Grand jury minutes are secret and are made available only by the order of a judge. Historically, grand jury proceedings were kept a secret to protect the grand jury from the abuses of the Crown and also because the doctrine of grand jury secrecy was never envisioned as an instrument to be invoked or waived as the prosecution saw fit. A reference to the “Crown” may seem odd given our current government, but many of our laws and practices originate from colonial America and English common law. It is exactly this type of outdated reasoning that has led some to speculate that New York will revise or abolish this longstanding practice of secrecy. While some are in favor of increased transparency, others are concerned that this change will undermine the credibility and faith in local district attorneys. 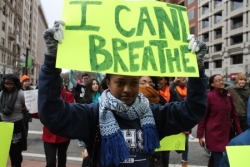 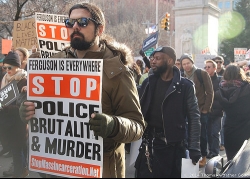 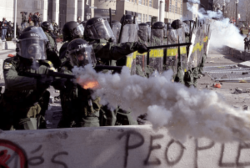