Our last article discussed an officer’s reasonable suspicion to pull a vehicle over. With that in mind, let’s now consider an officer’s ability to search a vehicle. How can an officer enter your vehicle without a warrant? Where did this originate? The answer lies in a time-tested Supreme Court case, or what is now known as the Carroll Doctrine. In 1925, the Court discussed the automobile exception to the warrant requirement in Carroll v. the United States. In Carroll, the Court was concerned with the mobility of vehicles. Would a potential suspect really wait while an officer secured a search warrant? The Court was persuaded that, given their capability to move at great speeds, vehicles and their drivers would leave.

Officers must protect the peace for the greater good. In addition to the voluminous Vehicle and Traffic Laws on the books proscribing certain traffic offenses, there exist a number of additional crimes that law enforcement officials consider that relate to automobiles: driving while under the influence, carrying illegal narcotics, conducting sexual based crimes, transporting illegal aliens, driving with a suspended license, amongst others. According to the Foundation for Advanced Alcohol Responsibility, 344 alcohol-impaired driving fatalities occurred in 2012, with 32 involving under 21 alcohol-impaired drivers. There is a strong correlation between criminal activities and the use of automobiles.

Later cases expanded the automobile exception. In Chambers v. Maroney (1970), the Court held that officers can search a vehicle that was seized and in police custody if the officers had probable cause to search the vehicle while it was on the road. The Chambers decision has garnered widespread criticism as a result of its inconsistency with the Supreme Court’s previous jurisprudence. For instance, the Court held only a few short years earlier in Preston v. the United States (1964) that the officers in that case impermissibly searched the defendant’s vehicle while it was immobilized at the police station. In Preston, the Court highlighted the fact that since the vehicle was already in police custody, there was no danger that the car would be moved out of the locality or jurisdiction, thus the police officers should have to obtain a warrant. While many people would agree with this comment in Chambers, (made by Justice Harlan) “The Court now discards the approach taken in Preston, and creates a special rule for automobile searches that is seriously at odds with generally applied Fourth Amendment principles,” his dissenting opinion does not control, and so we are left with an additional exception to the warrant requirement.

Now that an officer is searching the vehicle, how far can he go? An officer has broad discretion to search the entire vehicle and the vehicle’s contents. In U.S. v. Ross (1982), the Supreme Court unambiguously held that “if probable cause justifies the search of a lawfully stopped vehicle, it justifies the search of every part of the vehicle and its contents that may conceal the object of the search.” This includes, but is not limited to every portion of the vehicle – the trunk, glove compartment, interior of upholstered seats, and even any packages or containers that could possibly conceal the object of the search. While this could mean that officers searching for a human being could not search a glove compartment (the reason being that a person cannot be concealed in a container that small), officers are usually creative in their justification, and could likely bypass this argument by arguing that they were searching for evidence that a specific individual was in the vehicle, which would likely allow officers to search any part of the vehicle they desired.

Finally, in California v. Acevedo (1991), the Supreme Court further expanded the automobile exception doctrine by holding that even if police officers only have probable cause to search a container in a vehicle, this probable cause authorizes the officers to search the entire vehicle.

Consider this hypothetical: an officer believes he just witnessed a narcotics transaction take place where an individual approached a vehicle, received a wad of cash, withdrew a crumpled paper bag from his pocket, and then handed it to the driver (a reliable informant previously notified the police officer that this would take place at a specific time, with specific persons, and in a specific location). The officer pulls the driver over and sees the bag in the backseat. He also sees a violin case, an orange prescription bottle, and a canvas bag. He arrests the driver and impounds the vehicle. At the station, he searches the vehicle and finds drugs in the paper bag, a machine gun in the violin case, cocaine in the prescription bottle, and a notebook containing numerous drug transactions in the canvas bag. The officer is feeling lucky. He removes the backseat and finds a brick of heroin. What did he do wrong?

While this example seems impenetrable, there are other defenses available, but they require intense case analysis. The law firm of Schalk, Ciaccio, & Kahn, P.C. have handled complex criminal defense cases and are well-equipped to answer questions in this area of the law. Call for a consultation at 516-858-1266 or visit us at SCKESQ.COM. 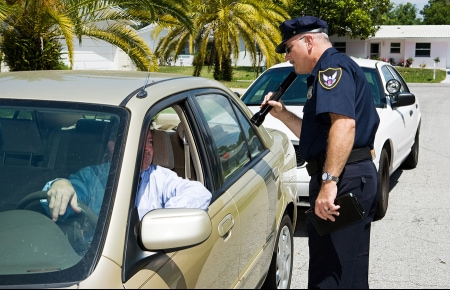