Everyone should be presumed innocent until proven guilty. America is different from other nations of the world in that its citizens enjoy this presumption of innocence.

The 5th Amendment of the Constitution guarantees this right: no one shall be “deprived of life, liberty, or property, without due process of law.” From this line of reasoning, it might appear that someone accused of shoplifting should actually have to leave the store before being apprehended and subsequently arrested for the crime. The notion of shoplifting conjures thoughts of hiding a business’ goods and sneakily exiting the establishment without paying for them. But a brief examination of case law in New York shows that the crime is punishable even before a person leaves the store.

In a longstanding Court of Appeals case, the highest court of New York confronted the issue of whether a person can be convicted of larceny for shoplifting if the person is caught with goods while still inside. The court considered a trio of consolidated cases:

In People v. Olivo, the defendant was observed hiding a set of wrenches in his clothes while in a crouching position. He walked past several cash registers en route to the exit before being apprehended by a security guard. At trial, the defendant testified that he placed the tools under his arm and was on line at a cashier when detained, but a jury still returned a guilty verdict on the petit larceny charge. In People v. Gasparik, the defendant was trying on a leather jacket in a department store. He was observed removing the price tag and security device. He hid the device in another jacket on the merchandise rack and left his own jacket behind on a table. He similarly passed several cash registers before heading for the exit when he was apprehended by security. At trial, defendant claimed he was looking for a cashier with a short line when he was stopped, and was convicted of petit larceny.

Lawyers often look for similarities between factual scenarios when handling a case. In each of these cases, the defendant was observed doing something suspicious, whether it was crouching in a store, leaving the coat they entered with behind, or peering up and down the aisles while shopping. While these actions alone would likely not be enough to support a conviction, each defendant went a step further. The defendant in each case used the owner’s property in a manner that the owner did not permit customers to engage in. Specifically, each defendant concealed the owner’s property within the defendant’s person or property. Finally, each defendant was apparently heading for the store exit when stopped, although each passed a cash register with the opportunity to pay for the goods before leaving.

The Court of Appeals held that a larceny conviction may be sustained in certain situations, even though the shoplifter was apprehended prior to leaving. This was a departure from the historical larceny rule at common law, which required both a trespassory taking and a carrying away of the property with intent to steal. The court expanded on this idea. Previously, courts were concerned with defending society against a breach of the peace. But, as times change and societies advance, the courts became more concerned not just with society as a whole, but with the property of individuals. The Court was clear to carve out a necessary exception allowing for customers to examine, try on, and carry about the merchandise on display. Prohibiting this would render shoppers the ability to look, but never touch.

This decision is significant for a few reasons. It solidified the idea that a shoplifter need not leave the store to be guilty of larceny. This changed the way that defendants approached their defenses in shoplifting cases; it was no longer a defense that the defendant was still in the store when apprehended. Furthermore, the court held that a shopper may treat merchandise in a manner inconsistent with the owner’s continued rights without even walking out of the store with the merchandise. This forever changed shoplifting as we know it. An individual need not leave with goods to be considered a shoplifter. A shoplifter is anyone who uses the goods in the store in a manner inconsistent with the owner’s intentions.

If you are facing any type of criminal charge, it is important to know your rights and understand your options. Contact the criminal defense lawyers at Schalk, Ciaccio, & Kahn for a free consultation. Their team of trial lawyers are all former prosecutors experienced to effectively handle and represent those charged across Long Island and in the Five Boroughs of New York City. 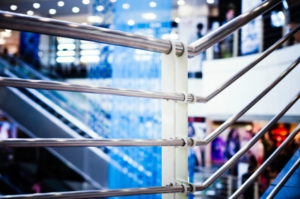 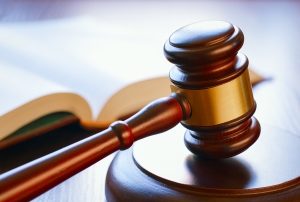