While most people are aware that a prosecutor is a person that prosecutes a crime in the name of the government, they are not aware that a special prosecutor can be appointed in certain circumstances. In the United States, cases are either civil or criminal. A criminal case is one that involves the violation of a law that is punishable by the State or Federal government. Any other case is likely to be civil. A prosecutor does not represent any particular individual. That’s why criminal cases often sound something like, “The People versus Richard Roe,” or “The United States versus Mary Major.” In a sense, the prosecutor is representing the needs of the community by attempting to punish an individual or organization for the violation of a crime. While crimes usually have a target or motive, the commission of a crime has even larger consequences. What makes a “bad neighborhood” unsafe is the higher likelihood that some type of crime will be committed there in consideration of a history of crimes in that particular area.

While a prosecutor represents the interests of the people, many people are outraged at the fact that the prosecutors in both the Eric Garner and Michael Brown cases failed to obtain indictments. As the saying goes, a prosecutor could have the grand jury indict a ham sandwich if he or she wished. The reasoning for this saying lies in the fact that the prosecutor has a great deal of control throughout the grand jury investigation. The district attorney knows what witnesses to call, evidence to submit, tapes are available, and how to construct a persuasive story. Facts are gathered and presented in a manner that often serves the purposes of whatever the district attorney is attempting to convey. This should be troublesome considering that jurors are often normal, everyday people without much legal experience.

Just as a prosecutor has the potential for indicting anyone, the inverse is also true: a prosecutor can also manipulate the grand jury to vote “no true bill”, thereby ending the proceeding without an indictment and no future trial. Prosecutorial discretion describes a prosecutor’s ability to charge (or not charge) someone, or some entity, with a crime. This means that prosecutors have the power to alter peoples’ lives. While many prosecutors do so with care and consideration, aware of the ramifications of their actions, others may be motivated by politics and prejudice, or even lethargy and partiality. Limitations on prosecutorial power are scarce as a result of the politically charged status of these individuals. Prosecutorial discretion is the reason why some first-time offenders are not fully charged. It’s also the reason why some speculate the police officers were not indicted.

The reason for not indicting the police officers is simple. Prosecutors often rely upon the cooperation and assistance of police officers when trying cases. A prosecutor may call a police officer as an eyewitness to the commission of a crime that no one else observed. This promotes a governmental objective but also has the effect of creating a culture where police are able to ” testily” or lie when called to testify on the witness stand.

One solution that is often suggested is to utilize a special prosecutor. That would be an attorney not affiliated with the prosecuting office or agency to handle the case so there would not be any appearance of favoritism or impropriety. A special prosecutor has less motivation to dissuade the jury to indict or avoid making a case against a police officer because the special prosecutor will not have to succumb to local political pressures. A permanent special prosecutor for police misconduct could be appointed to bypass the inherent conflict facing local prosecutors and their police colleagues. 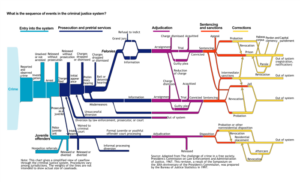